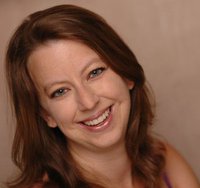 Ms. Hornberger has been teaching and performing since 1996 in the Baltimore-Washington, D.C. area.  Her award winning choreography has been performed up and down the East Coast.  Her students have been accepted toBaltimoreSchoolfor the Arts andCarverCenterfor Arts Technology.  Her work with Ballet Petite won “Best of Baltimore 2003.”

Please log in again. The login page will open in a new tab. After logging in you can close it and return to this page.